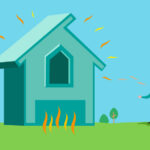 Although it is not often considered, long-term exposure to radon gas can have serious health effects. It is the #2 cause of lung cancer in the United States after smoking and the Environmental Protection Agency (EPA) states that as many as 21,000 people die each year from lung cancer brought on by radon exposure. There… Read more » 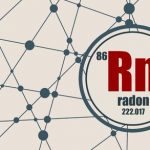 Completely undetectable to the eyes and nose, radon is a serious problem if it’s found in your home. This radioactive gas is the second-leading cause of lung cancer in the United States, and because it’s colorless and odorless, it’s nearly impossible to detect without an official radon test. If you have a radon test done… Read more »

The #1 Cancer Risk at Home

One of the biggest risk factors for lung cancer is colorless, odorless and may be in your home. Find out about radon and what you can do to minimize your risk. Click here!

Test your home. Protect your health.